Alan Willis Thicke (born Alan Willis Jeffery; March 1, 1947 - December 13, 2016) was a Canadian actor, songwriter, and game and talk show host. He is known for his role as Jason Seaver, the father on the ABC television series Growing Pains. He is the father of actor Brennan Thicke and singer Robin Thicke. In 2013, Thicke was inducted into Canada's Walk of Fame. On December 13, 2016, Thicke suffered a heart attack while playing a game of hockey with his son, Carter. He was 69.

He appeared in the episode Thanksgiving on Season One of Scream Queens as Tad Radwell, Chad's father. 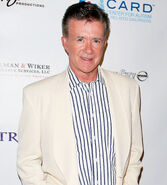 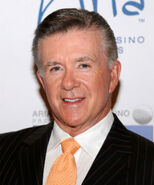 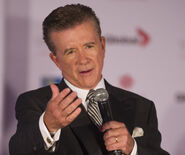 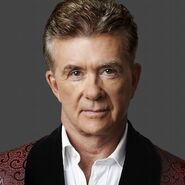 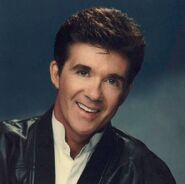 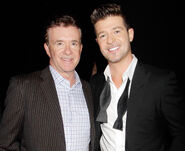 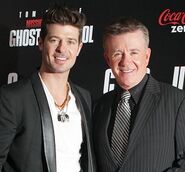 Retrieved from "https://scream-queens.fandom.com/wiki/Alan_Thicke?oldid=113433"
Community content is available under CC-BY-SA unless otherwise noted.