Breezy Eslin is an American actress, best known for her recurring roles of Lisbeth on MTV's original series Faking It and Jennifer on Fox's Scream Queens.

In 2012, Eslin was cast as Stephanie on the TV movie A Smile as Big as the Moon. As of April 2014, Eslin makes recurring appearances as Lisbeth, one of Lauren's friends and sidekicks, on the MTV original comedy series, Faking It.

In 2015, she portrayed the recurring role of Jennifer on the first season of Fox's horror-comedy TV series Scream Queens. 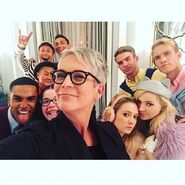 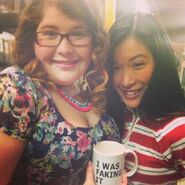 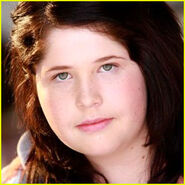 Retrieved from "https://scream-queens.fandom.com/wiki/Breezy_Eslin?oldid=113066"
Community content is available under CC-BY-SA unless otherwise noted.