Kirstie Louise Alley is an American actress and spokesmodel. She is most known for her role in the TV series Cheers, in which she played Rebecca Howe from 1987 to 1993, winning an Emmy Award and a Golden Globe Award as the "Outstanding Lead Actress in a Comedy Series" in 1991.

She is currently starring on Season Two of Scream Queens as the brilliant and devious hospital administrator, Ingrid Marie Hoffel. 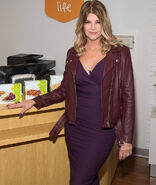 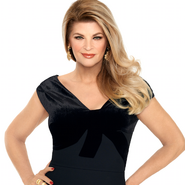 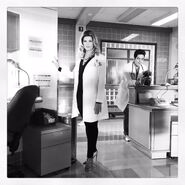 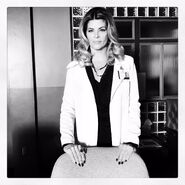 Retrieved from "https://scream-queens.fandom.com/wiki/Kirstie_Alley?oldid=113062"
Community content is available under CC-BY-SA unless otherwise noted.