Lovin the D is the ninth episode of the second season of Scream Queens, and the twenty-second episode overall. Filming for this episode began on November 12, 2016 and finished on November 21, 2016. Ian Brennan served as writer and Maggie Kiley served as director. It had its official release on Fox on Tuesday, December 13, 2016.

The Chanels are overwhelmed when their TV idol, Dr. Scarlett Lovin, visits the C.U.R.E. Institute. Meanwhile, Hester calls a Green Meanie summit as the killer(s) put their final kill plan into effect.[1]

The Chanels, who are working the graveyard shift at the hospital, are attacked by a trio of Green Meanies chase them through the hallways of the hospital, however they manage to escape while the killers reveal themselves to be Wes, Ingrid and Cassidy before being called by Hester who holds a summit. There, they all confess to their murders: Cassidy killed Catherine, Tyler, Randal, Tristan (Chanel Pour Homme), the patients during the Halloween party, #11 and #9 alongside Hoffel; she also murdered #10 and the corresponder reporting the surgery of Anna. Wes then admits to murdering Sheila, Chamberlain, stabbing #5, electrocuting Denise and killing Chad Radwell. They all debate who gets to kill the remaining Chanels, Chanel in particular and Hoffel is given the honor since Wes' motivation is deemed too pale in comparison to her reasons. Meanwhile, Scarlet Lovin, a famous television personality orders a live surgery featuring Brock and the Chanels who are overwhelmed but have to pass a medical test however before the surgery can begin, Scarlet dies after drinking coffee poisoned by Wes that was meant for Chanel but still decide to carry on with the procedure. Chanel #7 is killed after being strangled by the Green Meanie, the procedure is a success and Wes is confronted by Cassidy and Hoffel, however he kills himself by falling into hot oil, his body discovered by Cathy who faints and announces her disease to the group. 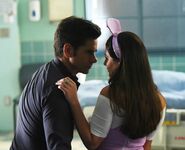 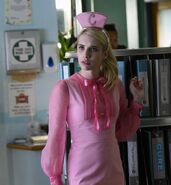 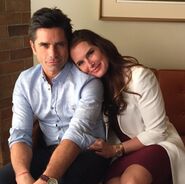 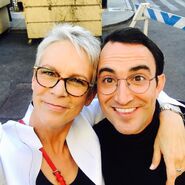 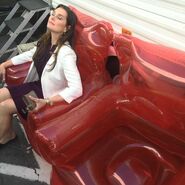 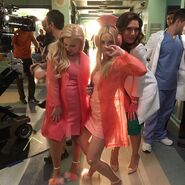 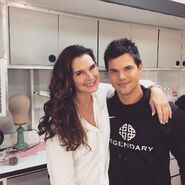 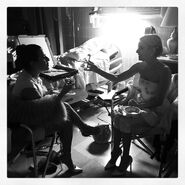 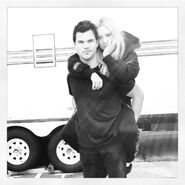 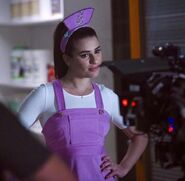 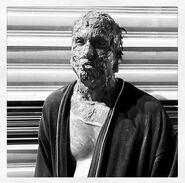 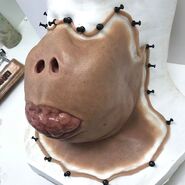 Preview Who Will Have To Die Next? Season 2 Ep. 9 SCREAM QUEENS

Chanel And Chanel 3 Admit To Cheating On Their Exam Season 2 Ep. 9 SCREAM QUEENS