She appeared as Deb #1 in the episode Pilot of Season One of Scream Queens.

Mary Risener graduated of Vandebilt Catholic High School, and completed her freshman year in film and theater arts at the University of New Orleans. She completed her first semester while starring as the lead role of Peggy in the University's theatrical production of "Album" and also holding the title of Miss Louisiana Teen USA. In early 2011, she was named "Model of the Year" at the International Presentation of Performers in Los Angeles, California. and is also a 3 time model for NOLA Fashion week. Mary is an avid reader and has visited many schools and libraries to promote her reading platform across the state of Louisiana. She has even sponsored a book drive in support of the platform, and in addition to this, she has also worked with multiple organizations such as: Toys for Tots, Lemonade Day L.A., and the Louisiana Girl’s Leadership Academy to name a few.

Mary made her movie debut with the horror movie, Proof of the Devil 2 (2015) and starred in many upcoming films like Rodeo & Juliet (2015) and Night of the Wild (2015). She also guest-starred as Deb #1 on the first season of Scream Queens in the episode Pilot. 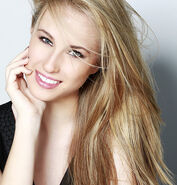 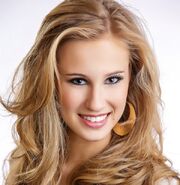 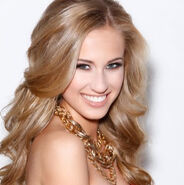 Retrieved from "https://scream-queens.fandom.com/wiki/Mary_Risener?oldid=81872"
Community content is available under CC-BY-SA unless otherwise noted.