Mitch Mitchum is a minor character on Season Two of Scream Queens. He is the lawyer of Chad Radwell who was responsible for handling his estate after his death.

He is portrayed by Ivar Brogger.

Mitch Mitchum was Chad Radwell's lawyer and was first seen in a room with Chad's will, Cathy Munsch, The Chanels, and Denise Hemphill to announce who was to inherit all of Chad's money. He announced, once prompted by Chanel, that the entire Radwell family had died on a plane to the hospital to stop Chanel and Chad's marriage, leaving all of the money to the person Chad willed. That person was Munsch, announced Mitch. But, before he could speak any further, Chanel lunged at him, knocking him out of his chair and onto the ground. He was helped up by Munsch and Denise before forgiving Chanel and stating that every woman has the right to mourn in their own fashion. 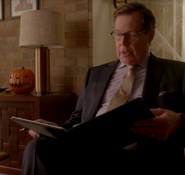 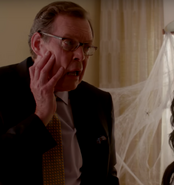 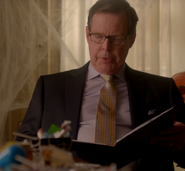 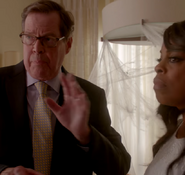 Retrieved from "https://scream-queens.fandom.com/wiki/Mitch_Mitchum?oldid=112145"
Community content is available under CC-BY-SA unless otherwise noted.