Olga Wilhelmine Munding, better known as Olga Wilhelmine, is an American blues musician, producer, actress, and stunt-woman. She is most known for her work in Statue (2010), Django Unchained (2012), and Dawn of the Planet of the Apes (2014).

She performed stunts as the female Red Devil in Season One of Fox's horror-comedy anthology series Scream Queens. She also had a cameo appearance as a mental patient in The Final Girl(s).

Olga Wilhelmine Munding was born on October 18, 1976 in San Francisco, California. She is an only child whose parents, Siegfried Munding and Christine Sperling, are from Innsbruck, Austria. Her parents came to America in 1969 and were the first generation of her family to live in the USA. Her great, great grandfathers were notable inventors as well as artisans, and held the nobility title of Baron. Artistry and inventiveness is still prevalent in the family tradition.

Olga's early musical influence primarily came from her mother's side. The Sperling family included classical pianists, violists, violinists, a tenor opera singer, and engineers. Olga's first instrument was a recorder gifted to her by her grandmother Olga Lumper Munding (whom Olga was named after) when she was four years old. Thereafter, Olga was classically trained in music and encouraged to write her own songs. She was given a piano at age 5 and began taking lessons, and at age 7, she started violin lessons. Music has always been intuitive and natural for Olga, and she was able to learn it very quickly and easily.

As a child, she attended the Nueva School for gifted children in Hillsborough, California, where she received a scholarship in classical piano, violin, and musical composition. However, after her parents divorced, she was forced to attend public school. She then studied drama and musical theater at the San Mateo Performing Arts Center in San Mateo, California and also went to Judy Berlin's Kids on Camera school in San Francisco. In college, she lived in Boulder, Colorado and hosted several radio shows at KGNU, an independent radio station based in Denver, CO. She also produced a syndicated college show called "Joe's Blue Plate Special" which aired on over 200 college stations and had a sponsorship with Doc Martin's. In 2000, she was voted "the most alluring voice on the front range" by Best of Boulder - a Boulder, Colorado weekly newspaper.

On June 29, 2005, Olga became married to James "Jimbo" Mathus. Jimbo was a vocalist and guitar player for the blues band "Squirrel Nut Zippers" from Chapel Hill, North Carolina. They were only married for 4 years and got divorced in 2009.

Olga Wilhelmine is primarily known as a New Orleans-based blues vocalist and guitar player. She is famous for her sultry voice and Southern style, which she developed through an apprenticeship with pioneering female blues musician Jessie Mae Hemphill. Olga and Jessie recorded together extensively and both participated in Martin Scorsese's The Blues (2003), a documentary film series dedicated to the history of blues music. She has played with artists such as Chris Isaak, Los Lobos, and North Mississippi Allstars, and she even co-engineered the Grammy nominated song "Monkey to Man" by Elvis Costello.

She is also the founder of the Jessie Mae Hemphill Foundation, which honors the legendary and influential musician who served for many years as both her mentor and her friend. The foundation supports, preserves, and archives the indigenous music of northern Mississippi and provides assistance to local musicians in need that could not otherwise survive solely on publishing royalties. The foundation came to prominence in 2008 when Olga fought publicly with popular musician Cat Power, who used but did not credit a Hemphill song on one of her albums.

Olga is currently signed with 219 Records and has released three albums of her own - Blues Babe (2003), Kiss Your Blues Away (2004), and Now is the Time (2006). In 2011, she released her fourth album titled Whatever You Want, which was written with Cody Dickinson of the Grammy-nominated North Mississippi Allstars and mixed and produced by Emmy award winning producer Winn McElroy. She then released her fifth album in 2012 - a Christmas EP called North Mississippi Christmas.

Olga has also appeared in numerous television shows and movies, mostly as a stand-in or an extra. She co-produced and acted in the short film Statue (2010), which not only screened in 36 different film festivals, but it won the New Orleans Film Festival in 2010. She also produced the Jessie Mae Hemphill & Friends documentary Dare You Do It Again. 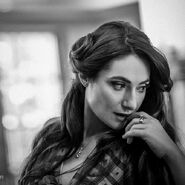 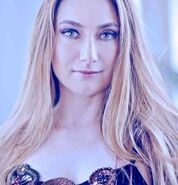 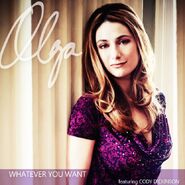 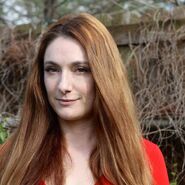 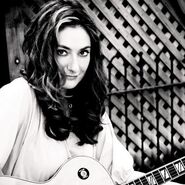 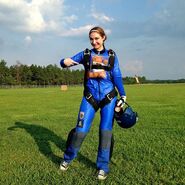 Retrieved from "https://scream-queens.fandom.com/wiki/Olga_Wilhelmine?oldid=113187"
Community content is available under CC-BY-SA unless otherwise noted.