“There is an intensity about him that will ultimately come out.”
—Oliver Hudson about his character Wes Gardner[src]

Oliver Rutledge Hudson is an American actor, best known for his role as Adam Rhodes from 2007 to 2013 in the CBS comedy series Rules Of Engagement.

He starred as Wes Gardner on Season One and Two of Fox's horror-comedy anthology series Scream Queens.

Oliver Hudson comes from an acting family. He is the son of actress Goldie Hawn and musician/actor Bill Hudson, and the older brother of popular actress Kate Hudson. He was born in Los Angeles, but after his parents divorced in 1980, he and his sister were raised in Colorado by their mother and her partner, actor Kurt Russell, whom Hudson considers to be his true father.

Hudson's career began in 1999 when he appeared opposite his mother, Goldie Hawn, in the comedy film The Out-of-Towners. He later went on to star in several teen movies such as The Smokers and Going Greek. In 2002, he played the lead role of Jace Darnell in the WB comedy series My Guide to Becoming a Rock Star. Hudson also appeared in a recurring role opposite Katie Holmes as her love interest, Eddie Doling, in sixteen episodes of Dawson's Creek from 2002 to 2003. In 2004, Hudson starred in the WB series The Mountain, but the series was cancelled in 2005 after thirteen episodes. In 2006, Hudson starred in the horror films The Breed and Black Christmas, and he also starred with Claire Forlani in the Lifetime movie Carolina Moon in 2007.

From 2007-2013 Hudson starred as Adam Rhodes in the CBS sitcom Rules of Engagement, which is his best known role to date. In 2013, he was cast in the recurring role of Jeff Fordham for the second season of ABC's drama series Nashville. He was later promoted to a series regular for the third season.

In 2015, Hudson was cast as Weston "Wes" Gardener on the first season of Fox's Scream Queens after Joe Manganiello pulled out of the series due to schedule conflicts. Hudson came in as his replacement and had to juggle both his role on Nashville as Jeff and his role on Scream Queens as Wes, since he had a one year series regular deal with Nashville before it was renewed for a fourth season. 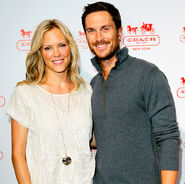 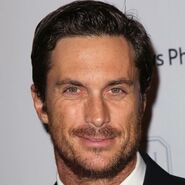 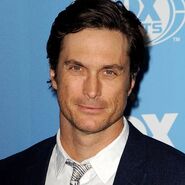 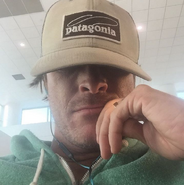 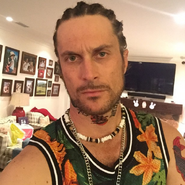 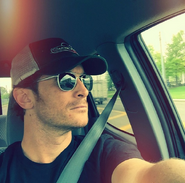 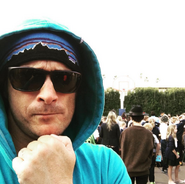 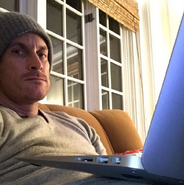 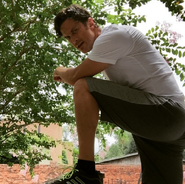 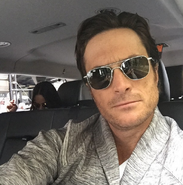 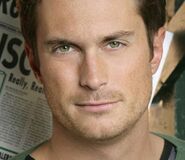 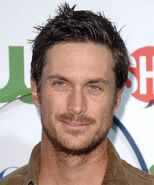 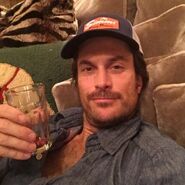 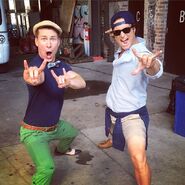 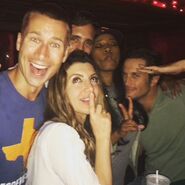 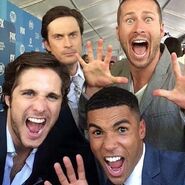 48th-annual-cma-awards-arrivals-1.jpg
Add a photo to this gallery

Retrieved from "https://scream-queens.fandom.com/wiki/Oliver_Hudson?oldid=113840"
Community content is available under CC-BY-SA unless otherwise noted.