Ryan Murphy is an American screenwriter, director, and producer, best known for his TV series Popular, Nip/Tuck, Glee, and American Horror Story. He is also one of the creators of Fox's horror-comedy anthology series Scream Queens, with Brad Falchuk and Ian Brennan.

An American comedy-drama series on The WB Television Network. Two seasons aired from September 29, 1999, to May 18, 2001. Brooke McQueen and Sam McPherson are polar opposites. Brooke, a popular cheerleader, and Sam, a journalist who is not popular at school, are forced to socialize when Brooke's father and Sam's mother get engaged and the two girls have to share a house.

Nip/Tuck is an American drama series that aired on FX from July 18, 2003, to March 3, 2010, for six seasons. Two plastic surgeons, one a dedicated family man and one an unscrupulous playboy, strive to maintain their business whilst having to work their way through numerous hardships ranging from personal relationships to clients with criminal connections.

The Glee Project is an American reality television series, which aired on Oxygen. 12 (Season One) and 14 (Season Two) contestants are chosen to participate in different musical challenges to become a member of the Glee cast. Each week one contestant is eliminated of the competition, to leave only one of them that will become the next cast member of the series, signing a recording contract, a seven-episode arc in the following season of the show, the possibility of going on tour, and a chance of becoming a celebrity. For the first season, two contestants were chosen as the winners, Damian McGinty, Jr., and Samuel Larsen. Lindsay Pearce and Alex Newell, the runner-ups, were given a two-episode arc. For the second season, only one contestant, Blake Jenner, was the winner, though Ali Stroker, the runner-up, was a guest-star during one episode of the fourth season of Glee. Newell and Jenner were promoted to the main cast of the series eventually. The Glee Project aired from June 12, 2011, to August 14, 2012.

The first and only season of this American sitcom aired from September 10, 2012, to April 2, 2013, on NBC. It is about a happy gay couple, Bryan and David, living in Los Angeles that have everything they wanted, except for something: a baby. They meet Goldie, a single mother who just moved to LA with her 9-year-old daughter named Shania. Goldie decides to become Bryan and David's gestational surrogate, and naturally, her family gets involved.

Glee is an American musical comedy-drama series that aired on Fox from May 19, 2009, to March 20, 2015. At first, it followed mostly the life of Spanish teacher Will Schuester and later focused on student Rachel Berry. During the first season, Will tries to refuel his own passion while reinventing McKinley High's glee club from Ohio and challenging a group of outcasts to realize their star potential. Going up against McKinley's cruel high school caste system and facing harsh criticism from everyone around him, Will is determined to prove them all wrong. At first, the glee club started with a group of misfits, including Rachel and bullied gay student Kurt Hummel, but as the season progressed, popular students joined, such as Rachel's love interest Finn Hudson, his girlfriend Quinn Fabray, and Finn's best friend Noah Puckerman. The glee club said goodbye to many students during the third and fifth seasons, because those seasons witnessed graduations. Starting the fourth season, the series followed Rachel's journey of becoming a star, moving part of the series to New York.

American horror anthology television series that first aired on FX on October 5, 2011. Each season is a self-contained story and features new locations and characters. The first season, titled Murder House, is about a family that moves to Los Angeles after Vivien, the mother, has a miscarriage and Ben, the father, has an affair. Trying to have a new life, the family discovers that the home is haunted by the ghosts of anyone who has ever died on the property. Asylum (2012), the second season, takes place in 1964 and follows the patients, doctors, and nuns who occupy the Briarcliff Mental Institution, founded to treat and house the criminally insane. The third season, Coven (2013), is about an all-girls boarding school that has been opened in New Orleans to protect and house young women who carry this unique bloodline, and keep them from the dangers of the outside world. The following season titled Freak Show (2014) takes place in 1952 and follows a struggling freak show led by Elsa Mars. Decades have passed since the public has looked upon freak shows as a form of entertainment, but Elsa dreams of finding a home for her "monsters", as well as her own fame. The fifth season, Hotel (2015), checks in at the sinister Hotel Cortez, built by a serial killer to hide his victim's corpses and currently owned by the mysterious Countess Elizabeth, carrier of an ancient "blood virus", whom the original creator of the hotel seeks revenge on. The sixth season, Roanoke (2016) is about a mockumentary type of reality show which focuses on a young interracial couple who, after a disturbing incident, move into a seemingly perfect home built in the 18th century. However, the building's close proximity to the site of the Lost Colony's disappearance, and with horrific events happening at the house, the couple starts to sense something dark underneath the facade. 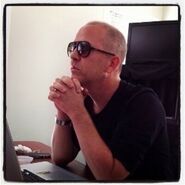 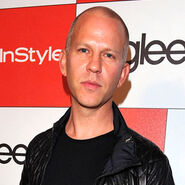 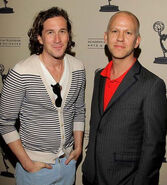 Retrieved from "https://scream-queens.fandom.com/wiki/Ryan_Murphy?oldid=113248"
Community content is available under CC-BY-SA unless otherwise noted.